The word “arthritis” simply means an inflammation of a joint. Yet according to the National Institute of Arthritis, Diabetes, and Digestive and Kidney Diseases, there are one hundred or more different types of arthritis ranging in their impact upon a person’s life from extremely serious to almost trivial. Three major forms of arthritis affect the spine: degenerative arthritis, rheumatoid arthritis and ankylosing spondylitis. Of these three, degenerative arthritis is overwhelmingly the most common and the least serious. Physicians use a bewildering variety of names for this widespread phenomenon—among them, osteoarthritis, osteoarthrosis, wear-and-tear arthritis, old-age arthritis, degenerative pint disease, degenerative disc disease and sometimes spondylosis. The word “arthritis” is actually not a strictly accurate one for this condition, since this degenerative process is not primarily an inflammation. However, we will continue—with apologies to the etymological purists—to call it degenerative arthritis because so many people do.

Degenerative arthritis has one of the longest lineages of any disease; signs of it have been found on the bones of dinosaurs, prehistoric cavemen and ancient Egyptian mummies. It is also one of the most widespread of diseases, affecting many of our fellow vertebrates: birds, mice (but, curiously, not rats), rabbits, dogs, horses, some breeds of cattle and swine, and baboons. Today, degenerative arthritis affects some 16 million Americans. It is a disease we will probably all develop if we live long enough. Degenerative arthritis seems to be part of the normal biological process of aging. As we grow older, the joints eventually tend to wear out. The cartilage lining and protecting the joint surfaces wears away, and the underlying bone often changes shape. The joints most affected are those in the areas that bear the most weight or otherwise get the most use: our hands, feet, knees, hips—and the spine. Degenerative arthritis is largely a local phenomenon, not a body-wide illness. In the spine, degenerative arthritis most often develops in the places most subject to stress, the very same places where discs tend to herniate: the lower part of the neck and the lower part of our lumbar region. What happens in the spine is depicted in the illustration below, which shows the three lowermost lumbar vertebrae, the sacrum and coccyx. As the intervertebral discs dry out with age, they lose their pressure and deflate, thus occupying less space. In the image, the two lowermost discs have become so flat that their disc spaces are narrowed, while the uppermost disc is still normal. As a result of such disc space narrowing, the vertebrae inevitably settle down and become closer together. This altered geometry at the disc joint changes the stresses upon the vertebrae, and they— which, like all bones, are constantly changing shape in response to demands made upon them—respond by developing pronounced ridges of bone around their upper and lower rims. These ridges are called osteophytes {osteo- means bone, and -phyte is a pathological growth) or, popularly, spurs. In the drawing, such osteophytes are shown around the upper and lower rims of the two lowermost lumbar vertebrae. The settling of the vertebrae also causes the facet joints at the rear to become misaligned. Their cartilage, too, may thin out, and they may also develop osteophytes. Rarely, a pair of vertebrae may actually become fused.

Yet there is more to the development of degenerative arthritis than just aging. Another factor seems to be cumulative mechanical stress over a lifetime. The Leigh, England, study cited also found that the men who mined coal had significantly more degenerative arthritis, particularly in the lumbar region, than other men: 79 percent of the miners were affected. And there must also be hereditary factors that help determine why some people develop degenerative arthritis earlier or more severely than others.

It is easy to understand how narrowed disc spaces and misaligned facet joints might cause muscle strains and backaches (although most physicians agree that the narrowing of a single disc space is unlikely to cause significant pain). Like herniated discs, osteophytes can press against nerves and cause numbness or muscular weakness. But most people with such degenerative changes in their spines have little trouble with them. There is no correlation between what a spine looks like in x-rays and how it feels. One person may have several narrowed disc spaces and long osteophytes and no back pain while another may have only slight degenerative changes visible in x-rays and yet be completely disabled. Also, such degenerative changes, once they occur, are permanent, but backaches come and go.

Such degenerative changes are, however, a common cause of both neck and back pain. An older person whose neck or back aches a bit occasionally or who is somewhat stiff and creaky when he or she first gets out of bed in the morning probably has degenerative arthritis. And most such people can keep periodic aches and pains under control by resting the back judiciously when it hurts, taking a mild pain reliever from time to time, and —when the back does not hurt—exercising to strengthen the abdominal muscles. People who do develop degenerative arthritis at a younger age or more severely than average may find they must reorganize their lives around the disease. Oliver Ballard, for instance, is a young-looking sixty-three-year-old, slender and trim, with thick steely-gray hair, but he has the back, his doctor tells him, of an eighty-year-old man, with osteophytes on almost every vertebra. Oliver’s bad back has been “a nagging thing” all his life. About eight years ago, when he was in his mid-fifties, the situation became critical enough to force him to retire early from his business, a piano store. “It’s heavy work,” he explains. “If you’re in the piano business, you move pianos even when you own the store.”

Oliver Ballard has worn orthopedic corsets intermittently for years to help support his spine, and now finds he must wear one “pretty much all the time. When I get up in the morning, by the time I walk over to where the corset is, my back hurts enough that I know I’d better put it on. And”—he chuckles ruefully—”it’s only about fifteen feet away!” Oliver now never tests his back, he explains, “because I know there is nothing there.” On a recent trip to Turkey, Greece and Russia, “my poor wife was carrying all the luggage— and, almost, me.” And to pursue his favorite pastime of camping outdoors, he has sought out a backpack that lets him carry all the weight on his hips.

Surgery can sometimes help people with degenerative arthritis. If an osteophyte is pressing on a nerve, a surgeon can relieve the pressure, or if a spine has become unstable, fusing vertebrae may stabilize it. But in Oliver’s case, surgery cannot help him; the disease affects too many of his vertebrae. Oliver is a back cripple; he no longer has full use of his back. Yet like so many people with serious back trouble, you would never know it to look at him. He looks perfectly normal. And while his bad back dominates his life, he would rather talk about anything else—his love of hiking, his favorite national parks. “The back is something you just live with.” 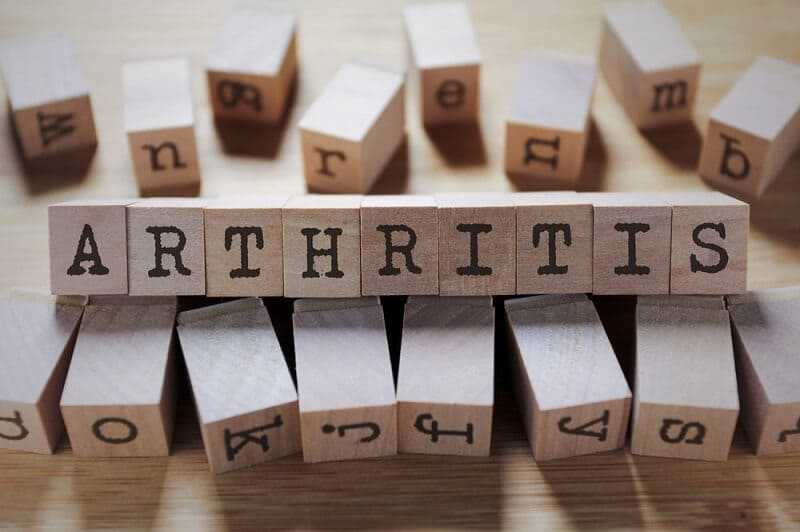 Arthritis Medication – Is It Worsening Your Condition?